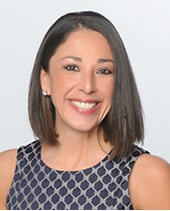 The 2017 award recipient has been with the city of Cedar Rapids since 2009 and promoted to Assistant to the City Manager in March 2013.

Angie’s responsibilities include serving as the City’s legislative representative, monitoring progress of legislation and regulations, working with state and federal legislators to secure funding and policy initiatives favorable to the City of Cedar Rapids and developing legislative agenda for the Mayor and Council.

In addition to her legislative work, Angie provides management support for projects and programs for the City Manager, coordinates special projects and programs, City-wide activities involving multiple departments and / or outside organizations, and researches and brings to resolution administrative and municipal issues, and manages requests requiring interdepartmental coordination.

In her role as the Assistant to the City Manager, Angie has had the opportunity to make significant contributions to the City of Cedar Rapids and the Cedar Rapids community. Internally, Angie is leading an organization health initiative, a major professional employee development opportunity following teachings of author Patrick Lencioni. She has managed a nearly two-year effort to train city directors and managers in the principles of organizational health, meeting management, and teambuilding.

For the community, Angie has worked diligently to secure flood protection funding, both from Congress at the federal level working closely with the U.S. Army Corps of Engineers, our congressional offices, the Office of Management and Budget, and the White House, and also with the Iowa State Legislature, resulting in a $270 million grant award to Cedar Rapids.

Angie also serves as the city staff representative on the board of the convention and visitor’s bureau, GoCR!. In this role, she has successfully led a search for a new executive director, restructuring of staff, diversification of funding sources, and for GoCR to take on a new and exciting role of leading the production of large local events to build vibrancy and excitement within Cedar Rapids.

In Angie’s short tenure as Assistant to the City Manager, she has made an extraordinary impact on Cedar Rapids, serving citizens in their neighborhoods, building a greater community for at-rick populations, and making downtown an even more beautiful place. Her work has made a mark on the community.

Angie is a graduate from the University of Iowa with a BA in Political Science. She spent ten years in Congressman Jim Leach’s office and then worked for AEGON as their political action committee grassroots manager. 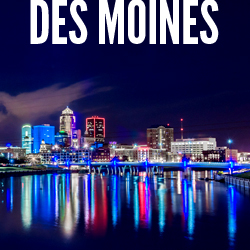 “Speak Up DSM” named Program of the Year

The City of Des Moines’ Council recently adopted a strategic plan with a new organizational mission:

“To be a financially strong city with exceptional municipal services, in a customer friendly manner with an involved community – residents and businesses”

For the last decade, the City of Des Moines has held a number of in-person meetings regarding the budget, but the same handful of residents were always the only individuals in the audience and staff always outnumbered participants. The process wasn’t effective and staff knew they needed to find a way to meet residents where they were, in order to successfully own the new mission.

SpeakUpDSM is a new ongoing commitment to empower Des Moines residents by distributing information on various planning or budget issues, sharing limitations and asking for input to help solve the issues.

In 2016-2017, the City of Des Moines hosted six public meetings regarding the City’s $600M budget, broadcasted live on Facebook, Twitter and their local government cable channel. There was live mobile polling available for online viewers as well as in person attendees and surveys developed for those who couldn’t attend but wanted to participate. After each public meeting and survey time had lapsed, findings were posted on the City’s webpage and attendees were emailed a synopsis of the feedback received.

What was found, is that given information and opportunity, residents were more than willing to help and desired to stay connected to their local government.  City Departments are looking forward to finding more effective uses of staff time in public meetings to ensure that critical feedback is collected from residents even if they aren’t willing or able to attend a physical public meeting.

There were costs involved in this process, but the return on investment was significant.

SpeakUp DSM has been so successful that it is being expanded to other planning efforts within the City of Des Moines in the coming months.

Feedback from the community has been positive. One resident recently posted via Facebook that the City of Des Moines should evaluate Facebook Live streaming more public meetings.

This effort enabled a passionate segment of the community to come together and demonstrate the importance of cycling in Des Moines. More than 130 people attended one of the Town Hall meetings to voice their support of a new position being considered to oversee bicycle facilities and planning. The outpouring of support for this position via SpeakUp DSM was so resounding that the Des Moines City Council included it in their approved FY17-18 budget. Not only does this show the effectiveness of community engagement, it also demonstrates the follow-through of the City Council using public input to make difficult budgetary decisions.

This technology is quickly becoming the new standard for community engagement in the work done at the City of Des Moines. Staff learned that their community is ready to engage given the opportunity and that it is paramount to remove every possible barrier for this process to be most effective. Not all of the residents are technologically inclined, but that was okay as long as an alternative means for input was provided.

Equipping local organizations with a concise focus to advocate for events can have rippling effects without maximizing staff time. Leverage your community relationships and encourage them to work with you to get the word out.

Follow Up – Residents/Attendees always want to know what staff is going to do with the information collected or what the cumulative response was to the surveys. Share the information and continue to find ways to keep them engaged.

Congratulations City of Des Moines for an outstanding new program!

To be considered for the Program of the Year Award, the local government’s chief administrator must be a full (voting) IaCMA member.  Each program nomination must be independent and cannot be a component of another program.  Eligible programs must be: